We use cookies to improve our service for you. You can find more information in our data protection declaration. In their gallery in Charlottenburg, Yanwu Yuan and Eric Vinassac present solo exhibitions of contemporary art. The focus is often on Chinese artists. Confrontation and exchange between East and West is always in the foreground at the Edmond Gallery, which as founded in The gallery focuses on representing both emerging and sometimes established artists from China and Europe.

Gallery owner, Yanwu Yuan, wants to provide a platform for artistic and cultural understanding. A soldier sits on a miniature diving board and looks at his mobile phone. In the current exhibition, the Edmond Gallery presents works by Chinese artist Zhang Chong, who is preparing to return to China after studying in Bonn. The Edmond Gallery is located in the elegant Charlottenburg district, which is a stronghold of art and culture. Charlottenburg has more than 50 galleries and art spaces. The gallery owners like to foster alternative perspectives that emerge from different cultures. Yanwu Yuan opened the gallery with her husband Eric Vinassac, whom she met in Paris in The gallery is named after their son, Edmond.

Born in the famous Yellow Mountains of Southeastern China with its spectacular 72 peaks, she moved to Shanghai with her grandparents when she was only a child. That's not an unusual arrangement in China, where many people relocate from the country to the city to give their children the chance to get a better education. In Shanghai, Yanwu Yuan grew up under the supervision of her famous grandfather, Wu Liqi, a former hero of the Communist regime whose name appears on monuments around the country. 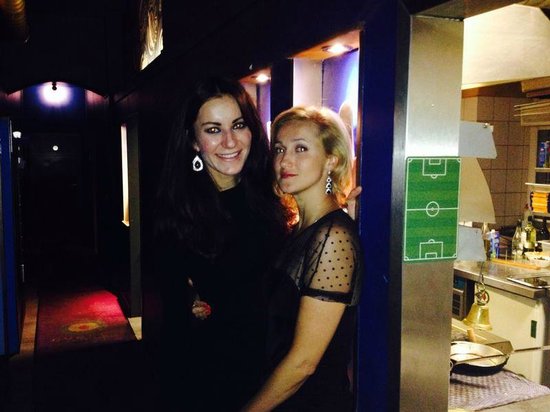 In , Yanwu Yuan left for Paris to study art and photography. It was there that she met her husband, Eric Vinassac. The young Chinese woman and the patron of the arts sat across from one another at a dinner party in , and it was love at first sight. A few years ago, when their son Edmond was born in Switzerland, the couple decided to make a new start in Germany. Since , the gallery has been hosting five or six solo exhibitions each year with a group exhibition or two thrown into the mix.